100% CHANCE TO EXPERIENCE MOOSE IN SWEDEN

Do you want to encounter moose during your vacation in Sweden? We as a cabin agency have made it easy for you who rent a cabin from us to find moose parks, moose safaris and zoos that have moose here in Sweden. Further down you will find a map where we have marked out these tourist destinations through all of Sweden.

Want to ent a cabin in Sweden and bring your dog? Click here

Experience moose during your vacation in Sweden

Moose are the largest deer in Sweden, in fact its the largest deer in the world. Thanks to its stately size together with its magnificent horns, the moose is often nicknamed the King of the Forest. Moose have long attracted tourists to Sweden and it is a big draw for those who rent a cabin with us. Moose live mainly in the taiga area, the coniferous forest belt that is found here in Sweden and along the northern hemisphere. For those of us who live in and around coniferous forests in Sweden, it is not uncommon to encounter moose in the wild. myself who live in northern Sweden and spend a lot of time out in nature meet moose a couple of times a year. But those who rent a cabin during their vacation are really lucky if they manage to see a wild moose. Many, especially foreign tourists, have moose on their wish list of what they want to experience on their vacation in Sweden. To make it easier for tourism, there are many places in Sweden that offer close up encounters with moose. There are moose parks, large fenced areas where you can get up close and personal with domestic moose. There are also those who offer moose safaris, where the moose is often fed in a certain place out in the wild. This way, the guides know where moose are most likely to be seen. Several of Sweden's zoos also have moose among their animals.

Learn Swedish phrases for your vacation in Sweden

Here you can see moose near the cabin

On the map below, we have marked out all the places where you can experience moose in Sweden. Moose parks, moose safaris and zoos that have moose. If you click on the desired location you will see  a button for directions, which means that you can easily plan a day trip from your cabin in Sweden. We have also included the website, address and contact information for the vast majority of places. For current opening hours and possible appointments, we refer to the chosen moose park, moose safari and zoo websites.

Facts about the size of the moose in Sweden

The size of moose depends on the sex, species and environment in which the moose lives. Thanks to the amount of food, moose are generally larger in northern Sweden than moose in southern Sweden, moose bulls are larger than moose cows. In Sweden, a moose bull can reach a height of 2.3 meters by its shoulder and weigh up to 800 kg. A newborn moose calf weighs about 15 kg.

BOOK YOUR CABIN IN SWEDEN 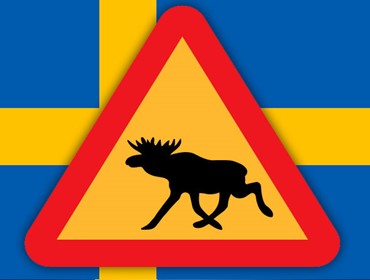