Dalarna 2856 Cabin with a location close to nature in Finnmark

Description of the cabin

The house is located in the village of Håven, a village located furthest north in Rättvik municipality. At present, there is about 30 people living in the village. Håven is an old Finn village (Hoavala), located in Ore Finnmark in Dalarna province, it borders culturally close to both Orsa Finnmark and Ovanåker's Finnmark and has been a historically active part of Finnmark here in terms of culture and coexistence.

It is 75 km to Orsa and about 50 km to Edsbyn. The nearest grocery store is in Voxna, 35 km from Håven. It is 60 m to the nearest neighbor, the landlord. The cabin is located in a forest. Berry and mushroom forest around the corner from the house. Ideal for those who want to get close to nature, experience the sound and silence of the forest! In the forest there is a rich bird life, moose, bears and if you are lucky you can also see a wolf. There is a restored bicycle path that follows the Voxna River north. In winter you can go downhill skiing and enjoy a nice time in Los slalom slope, Furuberget mountain, about 35 km. There are also cross-country ski trails here. Also in Orsa Grönklitt and Edsbyn there are slalom slopes and cross-country trails. Hyllströmmen, which is southern Norrland's longest waterfall, is located approximately 8 km from the cabin and the cabin owner can show you the falls if desired. Other shorter guided tours can also be arranged, for example to Böringsbergets-mountain forest museum, Fågelsjö old farm, Hamra National Park, Loos Cobalt Mine

Cultural monuments in Håven Just north of the village, there is a protected two-legged coniferous pine tree, which was formerly used to cure the English disease (due to vitamin D deficiency). The children were dragged through the gate between the pine legs in the hope that they would recover. In Håvaån by Håven, extensive long-term profitable pearl fishing has been conducted for a long time. As early as the 16th century, Håvaån had a reputation for being the most freshwater pearl mussel-rich water in the country, there were especially plenty of mussels at this location. Several of the river's pearls ended up at the court at Stockholm Castle. According to legend, the pearl on the national apple was fished in Håvaån. Thereafter, the name of the village was changed to Hofet and later to Håven. A beautiful shimmering real gem could be sold to visiting agents, in some cases paid with up to SEK 1,000 each (1925). Heavily performed sunken timber cleaning and a zero discharge from Stor-Hamra lake in the summer, cause abnormally insufficient, too low water flow in the lower parts of the river and in the upper part of the river harmful drainage for the mussel (and also harmful to the trout. depending on an abundant trout stock). This has meant that very few mussels can now be found in the river. No small mussels have been found during inventories, which indicates that no new recruitment takes place in the river of the protected mussel throughout Sweden.] The freshwater pearl mussel is red-listed as strongly threatened by the Species Data Bank. The village has two cemeteries, one from 1845–1850 and one from 1904. The last large, described and original wolf hunter in Sweden (in the Vilhelminafjällen 1920s – 1940s) Johan Walfrid Enocksson (1892–1977) lived in Håven, only during the period 1915– 1918 alone at Långtjärn 14 km from the village and from 1949 until near his death there and in the village. A "Wolf Hunter's hut" at Långtjärn is today in well-preserved condition and a frequently visited excursion destination. He is buried at Håven's cemetery. During the 19th and 20th centuries, there have been four violin fiddlers in Håven, of which a well-known national fiddler has composed the stately Håva Polish.

Good opportunities for catching pike and perch, also stocked fish in lakes and ponds, nearest about 3 km from the cabin. Rowing boat is available in Lake Storhåven.


Fish species in the water near this cabin: Perch, Pike, Rainbow Trout, Trout

Information about the cabin

two bedrooms , one with a double bed.

Distance from the cabin:

The position on the map is based in many cases on the ZIP code area. 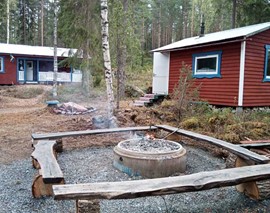 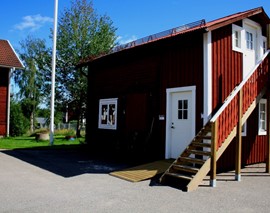 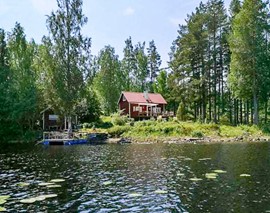 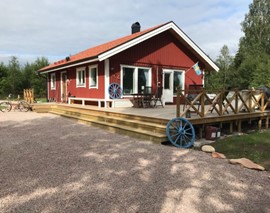 Price from: 1020 € per week
This cabin has today had 5 visitors!
We use cookies to give you the best online experience. By using our website you agree to our use of cookies. Read more...